Do opposites attract? Not so much... but when forced together for the sake of a child whose biggest problem might be that her vanishing mamma named her Magenta Moon, add in an eccentric aunt, a wanna-be mobster, a chameleon-like babysitter, a nosy social worker and, ah, more than a dash of unexpected romantic attraction, and you have a pot overflowing with love and laughter. 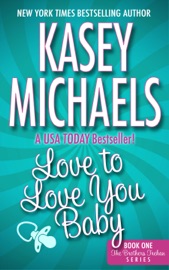