That she barely escaped the clutches of the Septori with the help of a mysterious stranger.

And that her run in with the Septori’s iron butterfly machine did something to her. It changed her into something neither fully human nor Denai.

Fearing her inner darkness and seeking answers to her past, Thalia finds refuge as a servant at the Citadel in Calandry, a school for the gifted Denai.

When strange powers awaken within her she is forced to pretend to be one of them and goes from being a servant to student overnight. Her life becomes even more complicated when the handsome stranger who saved her from the Septori becomes her new fighting instructor.

Thalia knows that the Septori are still looking for her, and they will stop at nothing to get her back. 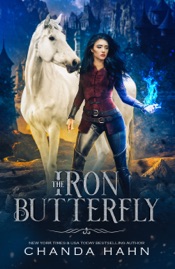