Detective Inspector Helen Shepherd is called to investigate the murder of a young woman on a beach on the south coast of England. The young woman was one of a group of workers from a music company who are staying at a nearby hotel. Inspector Shepherd and her new sergeant Webb question the other workers to find out who had a motive for murder. More than one has, so which one is the murderer and how did they do it? Paperback-only version. 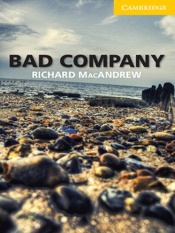 Top Reading The Subtle Art of Not Giving a F*ck The Things We Don't Say The Science of Spice To Selena, with Love Failure Frame: I Became the Strongest and Annihilated Everything With Low-Level Spells (Light Novel) Vol. 2 Unexpectedly Yours Silent Lies Badass Habits The Last Letter from Your Lover The Girl on the Train The Dancer A Court of Thorns and Roses Ocean Prey The 48 Laws of Power A Gambling Man Before She Disappeared