SUMMARY -- "HOPE FOR CHANGE, BUT SETTLE FOR A BAILOUT" is an absurd comedy that starts with the lead character, Larry van der Bix, winning an enormous lottery jackpot, posing the question: "Does it change you?" Best friend Lori Lewis never strays from what is truly important. Nor does Miss Milkshakes, a bombshell web-diva who can't get enough of Lori. The novel speaks to the gap between rich and poor, the collapse of the financial system, and is wrapped in a lesbian love story, a tale of the London Olympics, and how one retains honor and dignity in hard times.

THE STORY -- Larry van der Bix, sole heir to a broken family, wins the lottery. Gov. Jerry Brown hands off an oversized check and off goes Larry, in a rented stretch Lincoln, a bundle of hundreds in his shorts pockets and a portable safe welded into the limo's second refrigerator.

Best friend Lori Lewis never loses sight of what's important and together they set out to bring home Larry's new-won millions. Larry recruits Miss Milkshakes -- a hypercurvy web diva -- for the drive up California's great central valley. Lori and December fight throughout the trip, until coming to blows when Lori enters their hotel suite to find Larry passed out, with a scantily-clad December straddling him. After ensuring her best friend is alive, an epic battle between jock and diva is streamed live over December’s site, winning fans and sparking a desire that grows into warmth and love.

The novel finishes with Lori putting in a gritty performance in women's freestyle swimming, trying to earn a spot at the 2012 London Olympic games. In her quest, she wins much more than medals, learning that what is in one's heart matters most of all.

CAUTION -- Contains a scene in which Cheetos are stuffed up a character's nose. No junk food was harmed in the actual creation of this novel.

ABOUT THE WRITING -- The initial draft was written in seven months, on a manual typewriter. The author then spent three months editing the OCR-scan of the original 404-page typed manuscript.

ABOUT THE AUTHOR -- Bill Orton is a writer and government worker, living in southern California. 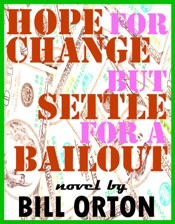